How Mischief Managed Mayhem to Manners came to be 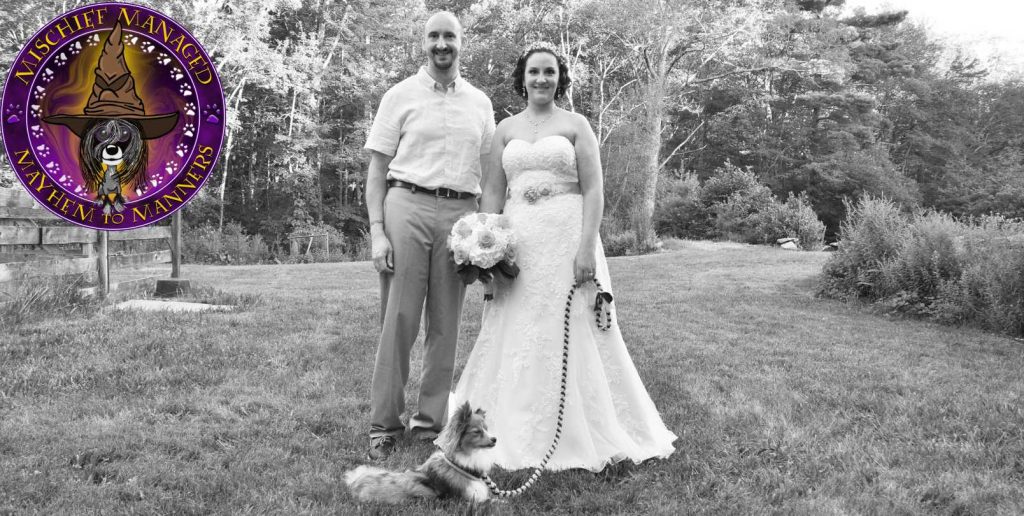 I need to rewind a little bit to get you up to speed. In 2005 I graduated from the University of Rhode with a degree in Animal Science. I was destined for vet school. Always had been from the moment I knew what a veterinarian was.

Then I worked for a few vets. Vet school no longer! Too bad I waited so long to make that decision because here I was ready to graduate, but with no idea anymore where I belonged. A friend suggested working in a pharmacy and considering pharmacy school as an alternative.

I worked as a pharmacy technician for 10 years! Where did the time go?

In 2012 I purchased my first purebred dog. His name is Windsor and he is a Miniature American Shepherd. He came home September 8th 2012 and it catapulted me into the world of dog training and dog sports.

We participated in puppy, obedience, agility, and K9 Nose Work classes. I was hooked.

In 2013, Banjo, a Border Collie/Australian Shepherd mix entered my life. He was amazing from the minute he arrived. He was almost perfect. Turns out after a few months living with us he began showing signs of reactivity.

We immediately enlisted a private trainer to come help us with him. He suggested shock collars and choke chains.

Then I met Karen. Karen was a clicker trainer. I brought Banjo to her for a private consultation and she asked me if I wanted a job! I dove head first into this world of dog training and the rest is history! I finally knew exactly where I belonged in the world.

I spent a few years working part time for Karen and also began working at a puppy day school facility in Providence. I cut back my hours at the pharmacy more and more until I just quit pharmacy once and for all. No regrets.

I recently decided it was time to go out on my own because I did not want to drive into Providence at rush hour any more and another opportunity had knocked on my door that I could not ignore.

As a regular customer at FetchRI I became friendly with the staff and owner. One day, Johnna, the owner asked if I could teach a few classes and Mischief Managed Mayhem to Manners was born! I am so excited to begin this next chapter of life as a business owner.