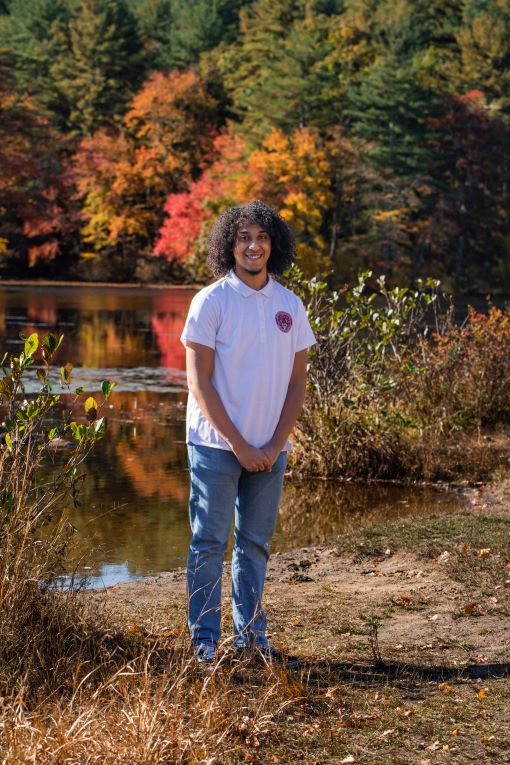 Axel joined the Mischief Manged team in September 2021 as an Intern from the University of Rhode Island. His internship ended early when we hired him! Axel had never owned or worked with a dog when he first began as an intern! But, through his dedication and hard work he is now working with our day program pups!

Before joining Mischief Managed he was a lifeguard and taught lots of children how to swim. No doubt these skills have helped him become a better trainer. Axel enjoys seeing people and animals succeed and this shows in his work.

Axel is going into his senior year at URI as an Animal Science major. Axel plans to finish college and gain many dog training certifications.

When we first met Axel he had no dog to call his own. He has since adopted his first rescue dog, Julie. Axel has done a lot of training with Julie and she is quite the tricks master now!

You will see Axel in our Day Training Programs and he is assisting with Calming Chaos classes.